HONG KONG, April 29, 2020 /PRNewswire/ — In the current market, 48MP cameras that utilize pixel binning and algorithms to process the extra sensory data for better photos are the norm, however, the recently launched TECNO CAMON 15 series are equipped with 64MP SONY camera as the computational support. Considering the extensive coverage and influence of TECNO Mobile in Africa, one can expect that a large proportion of smartphone users will obtain the chance to experience the best device for photography. 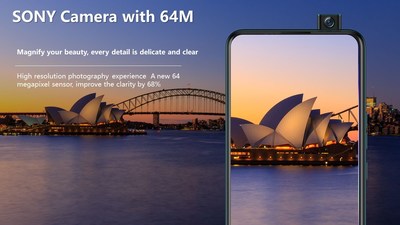 Some leading global technical media outlet reported that the high pixel of smartphone is the key smartphone technology innovation in the 2020s. Smartphone users have an insatiable appetite for higher concentrations of pixels and manufacturers are trying their best to figure out ways to improve pixel performance in order to meet people’s growing needs.

From a hardware perspective, the equipment of the SONY camera, aperture, and sensor makes it possible to the optimize the photos to a standard never seen before, and to reduce the visual noise even after zooming in on subjects, improving the output effect of super pixels. The superior design specifications as well as the exquisite technological capacity of the sensor, enables the SONY camera to provide strong support to the camera performance.

TECNO Mobile has always been dedicated to camera smartphone technology and has solid technology accumulation. If TECNO consolidates its special ultra-high pixel algorithm with the SONY camera to optimize smartphone photography, thereby reducing visual noise after zooming in further increasing the positive effect of the ultra-high pixel.

With a 64MP smartphone camera, the user can zoom to the extreme: even an object 30 meters away, every detail will be captured and shown. Users can even capture the details of tiny insects and see the fluff of their backs.

This is an advanced piece of imaging technology that has been designed feature-by-feature for intuitive, user-friendly performance. The CAMON 15 improves on predecessor models with a full deck of image enhancement effects that makes full use of the powerful 64 MP Sony camera, helping it capture both ends of the light-dark spectrum effectively, creating an image that is true to reality.

Expect outstanding performance with a fun, lifestyle-focused platform when TECNO launches this device.